From November 2019 to January 2020, a reciprocal continuation of the AT HOME IN SVALBARD 2018 cultural-scientific project took place in the Czech Republic (Prague, České Budějovice, Teplice and Plzeň) under the name of ARCTIC FESTIVAL 2019, or the Days of Arctic and Czech Culture and Science. The main aim of the festival was to make a follow-up to the 2018 event in Svalbard, deepen the acquired contacts and to start cooperation between new partners.

The Czech public became acquainted with the achievements of Nordic and Czech scientists in Arctic research, the culture and history of the Arctic nations, and with joint Czech-Arctic cultural and scientific activities in Czechia and the Arctic. In addition to being introduced to the core points of the AT HOME IN SVALBARD 2018 project, the Czech professional audience, the public and all interested people in Czechia had the possibility to enjoy the unique Arctic culture from Svalbard, Lapland, Greenland, Norway and Denmark. 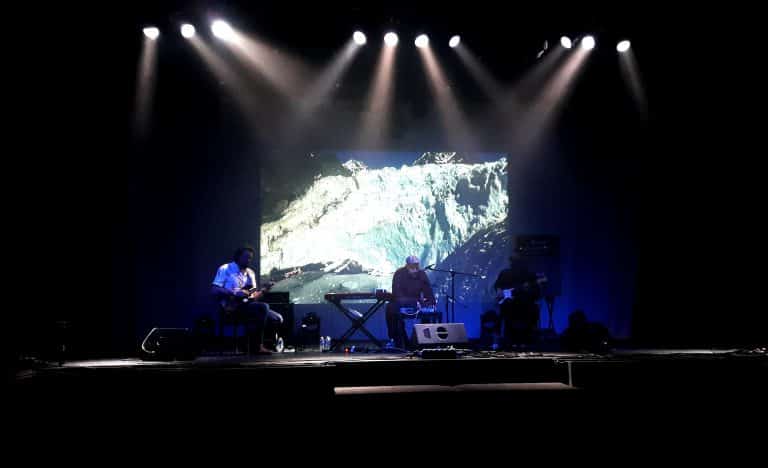 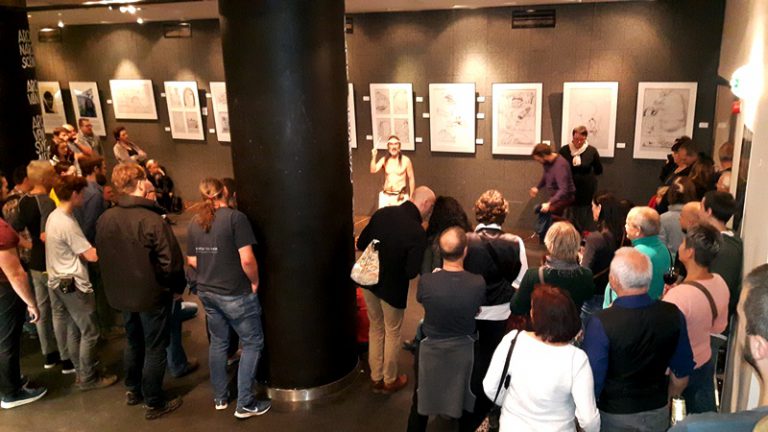 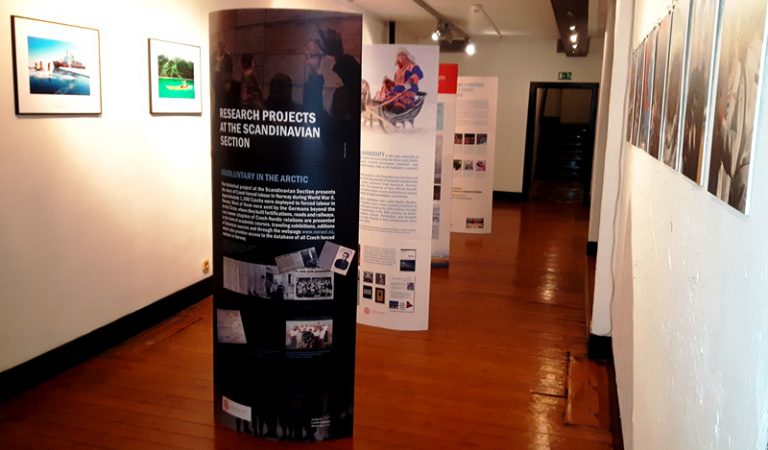 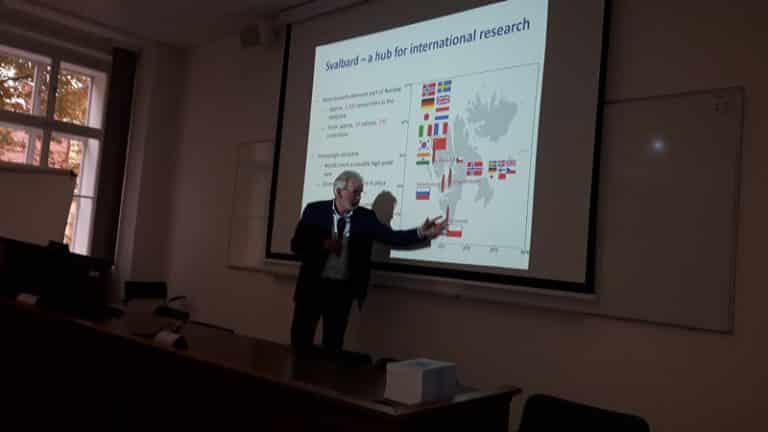 The official opening of the Festival took place at Charles University’s Carolinum on 7 November. The speakers were: Josef Elster, Head of the Centre for Polar Ecology, University of South Bohemia, Harald Ellingsen, Managing Director of UNIS at Longyearbyen, Robert Kvile, Ambassador of Norway to the Czech Republic, Jan Dusík, Principal Adviser, UNEP, and Zdeněk Lyčka, Ministry of Foreign Affairs of the Czech Republic. The Festival opening was completed by a short musical performance by the Inuit shaman Hivshu.

The scientific part of the Festival began at the Municipal Library of Prague on 7 November 2019 with a lecture by Zdeněk Lyčka (MFA) called Canadian Inuits as part of the original Inuit people and the beginnings of the Inuit literature in Canada, followed by the screening of the Canadian documentary If the Weather Permits. 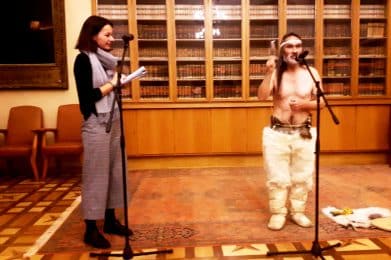 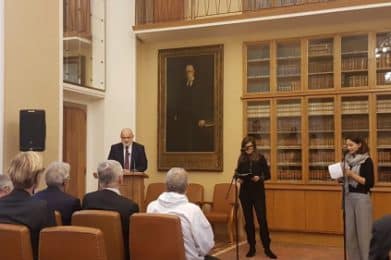 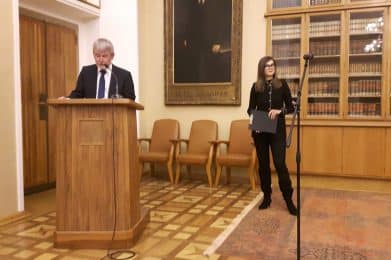 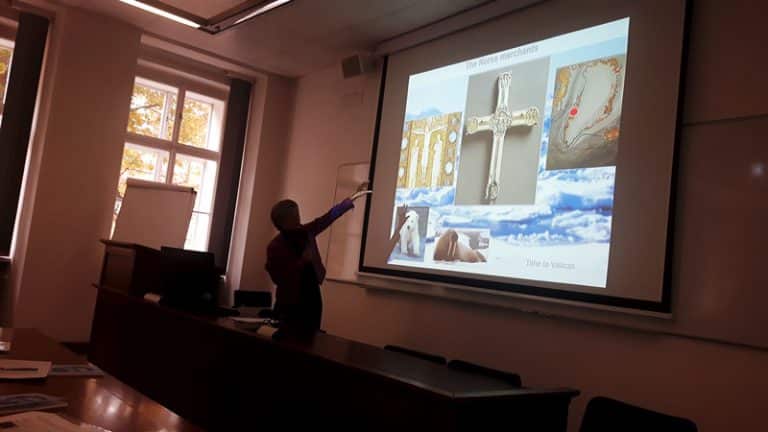 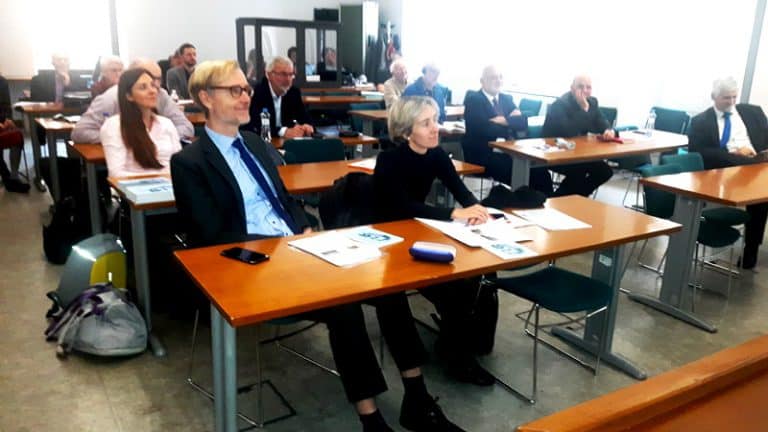 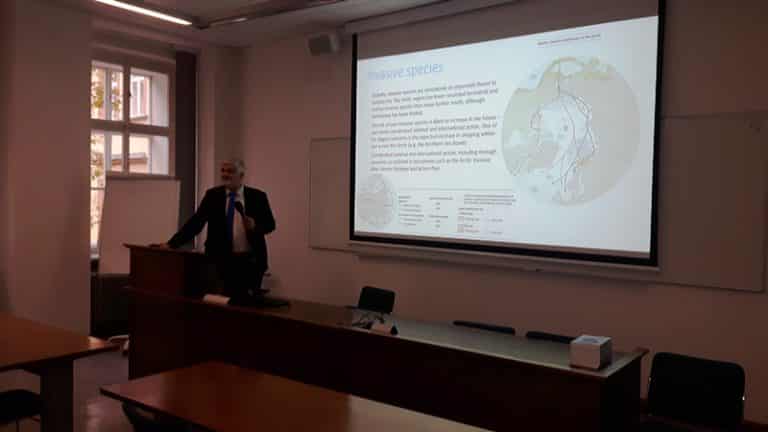 The scientific conference continued on 8 November on the premises of Charles University with the following lectures in English simultaneously interpreted into Czech: 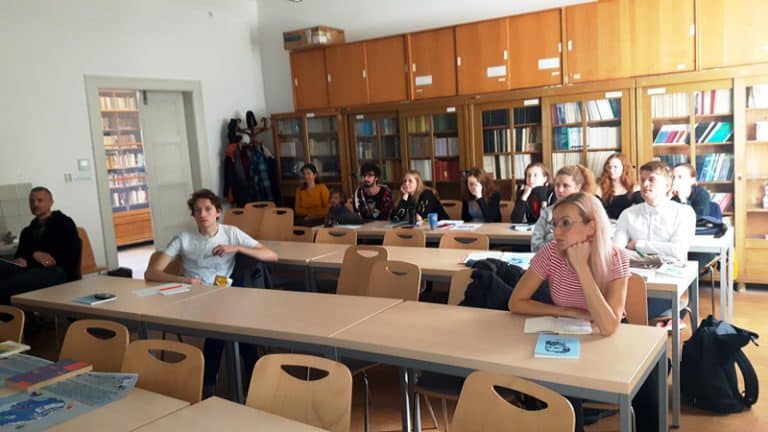 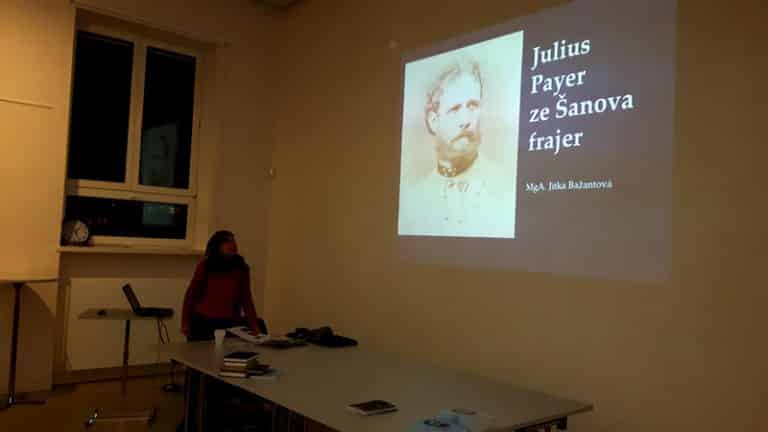 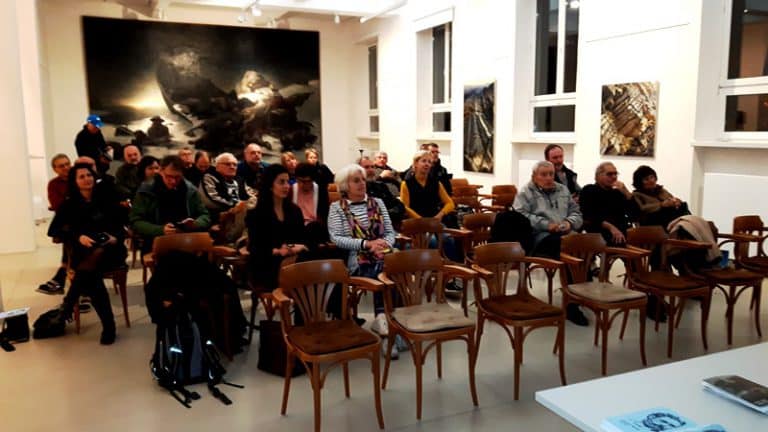 The following lectures were delivered in Czech: 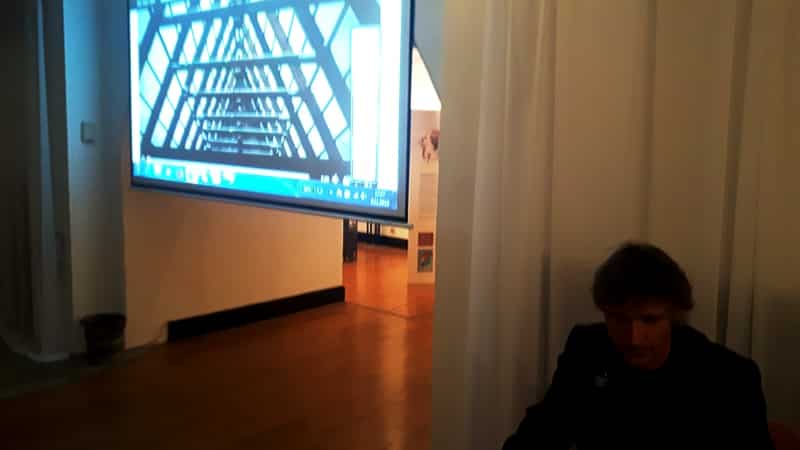 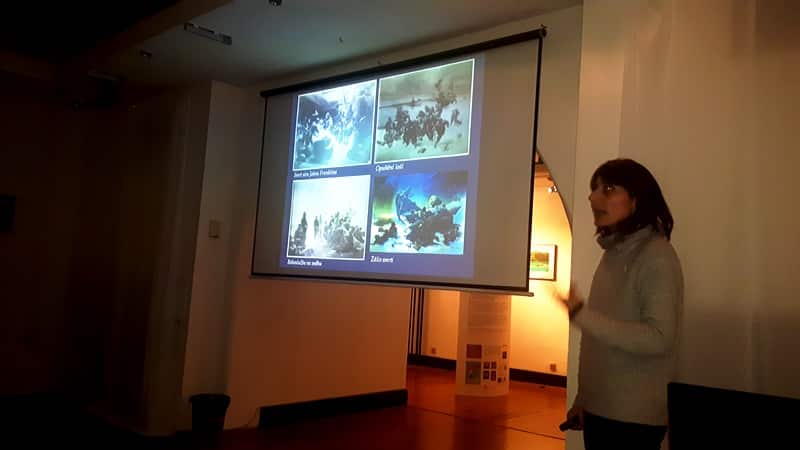 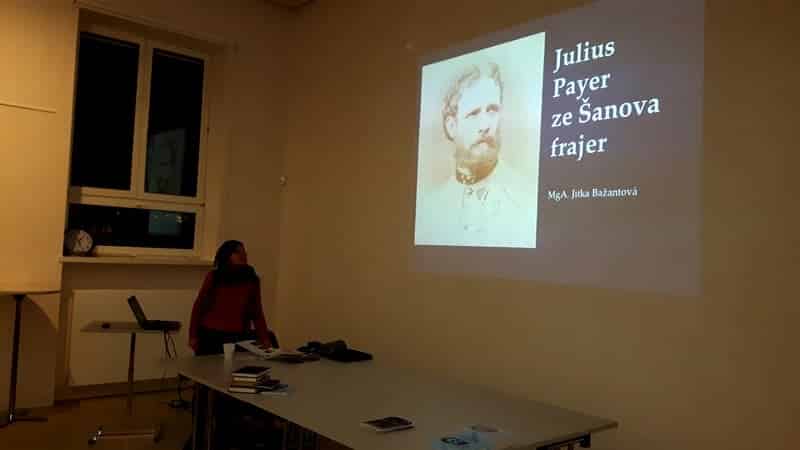 The afternoon scientific programme continued at the Gallery of the Czech Centres with the screening of the film Polar Ecology with a commentary by Václav Pavel (CPE), and the following popular lectures in Czech:

(All abstracts in English and Czech are available at CPE’s website, 2019.)

The set of lectures ended on 11 November at the Institute of Geophysics of the Czech Academy of Sciences with the lecture Julius Payer – Starvation Coveby Jitka Bažantová (Regional Museum in Teplice and the Society of Friends of Julius Payer) and a public viewing of Julius Payer’s original painting “Starvation Cove” (1897). 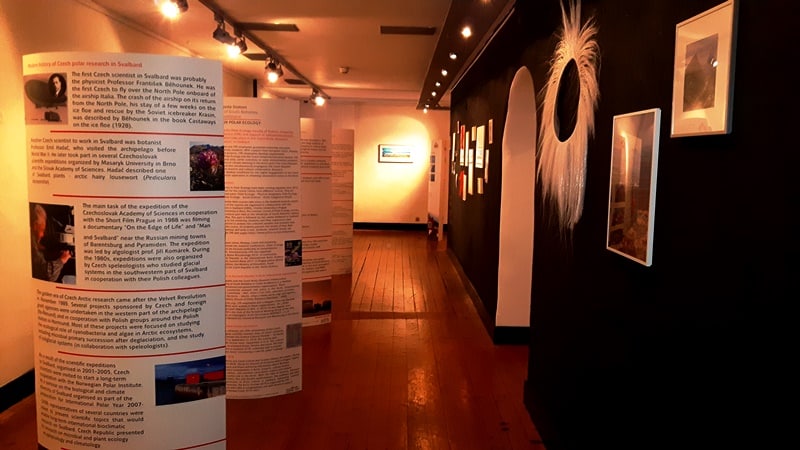 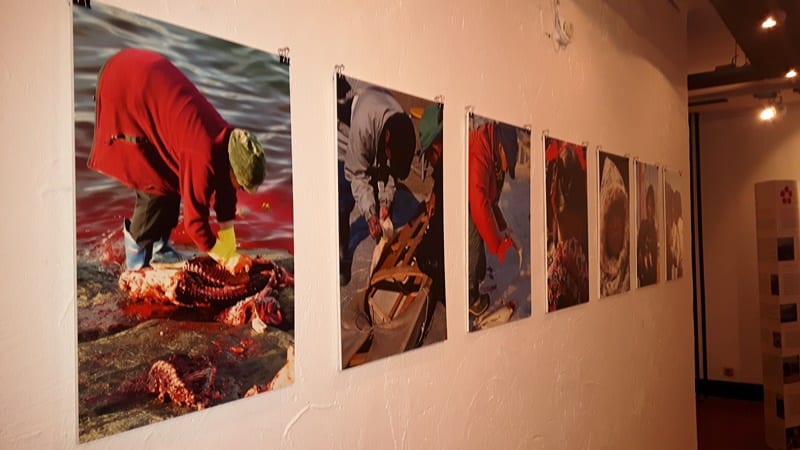 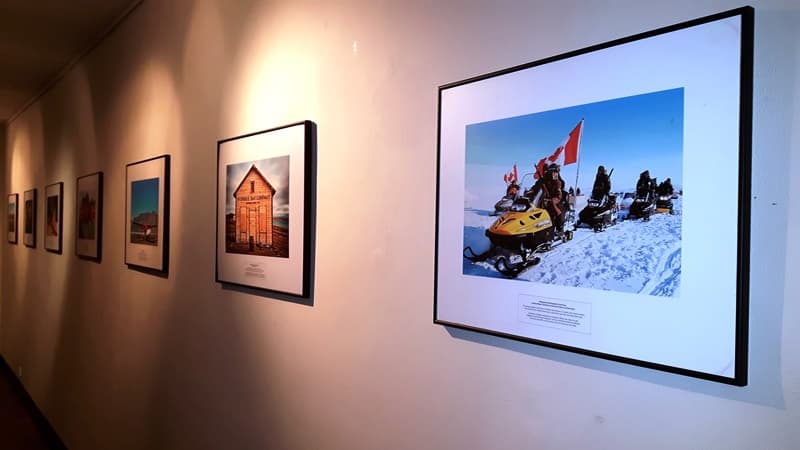 The cultural part of the Festival consisted of several events. On 7 November, four exhibitions were officially opened at the Gallery of the Czech Centres:

All exhibitions were shown at the Gallery until 16 November. The exhibition part of the Festival was accompanied by a film presentation on melting icebergs by Bjørn Anders Nymoen (Svalbard), the photo presentation South Bering Sea Animals by Stanislav Chládek (USA) and by the video presentation Artscape Norway on Norwegian architecture. On 9 November, two other Arctic exhibitions were opened at the Archa Theatre as part of the theatre, literary and music events of the Festival:

Later, some of these exhibitions were shown at the Regional Museum in Teplice, the birth city of Julius Payer, at the University of South Bohemia in České Budějovice and at Europa House Gallery in Plzeň. 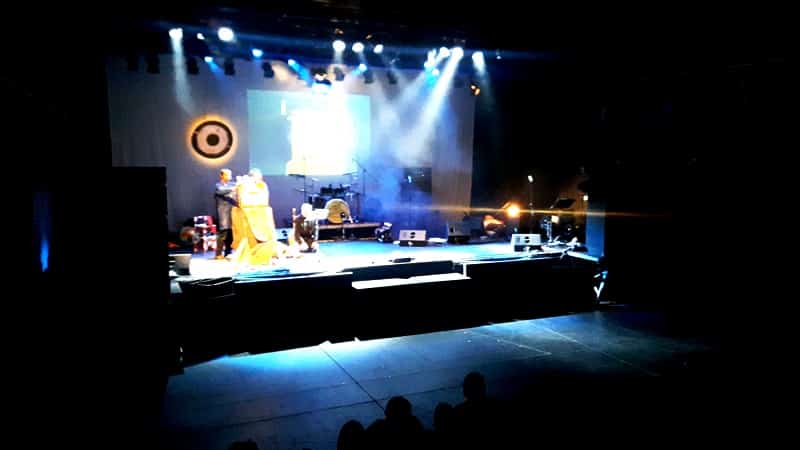 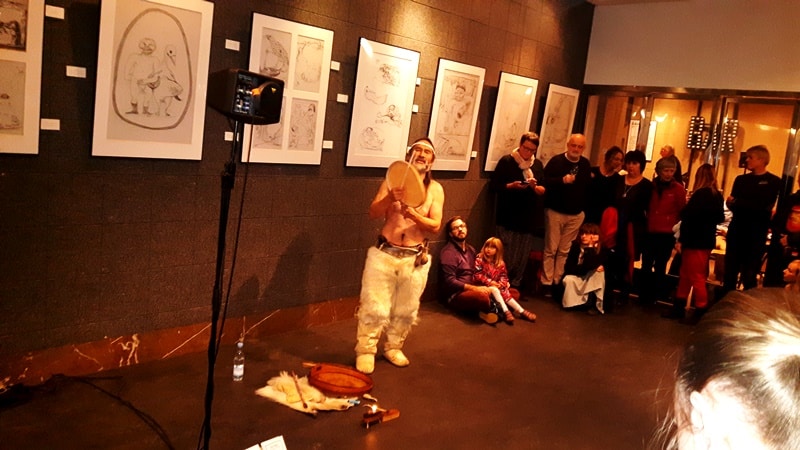 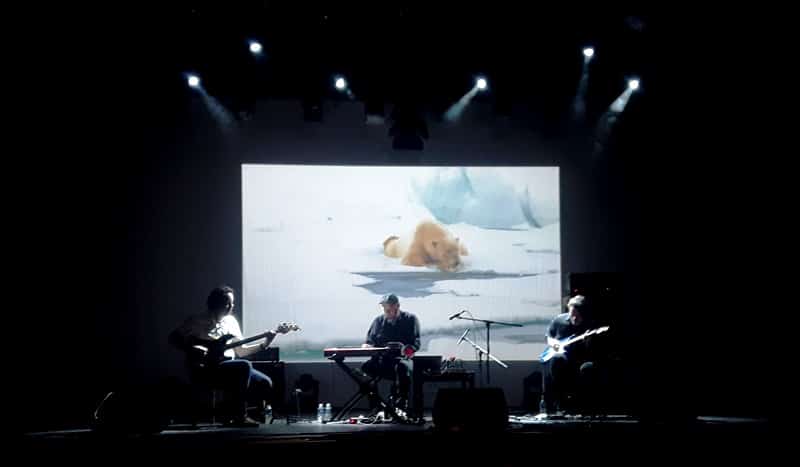 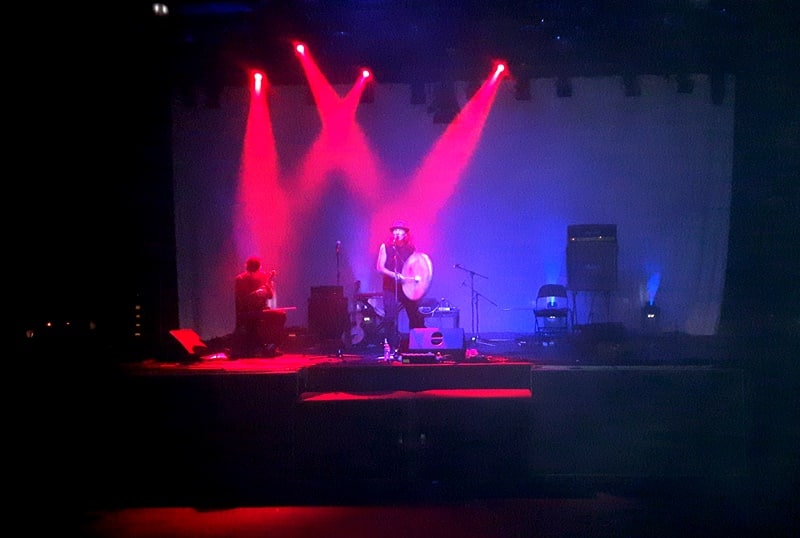 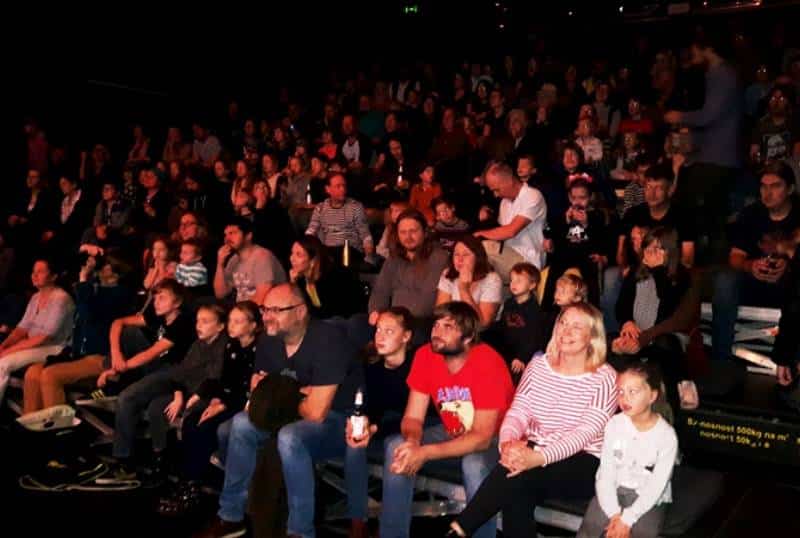 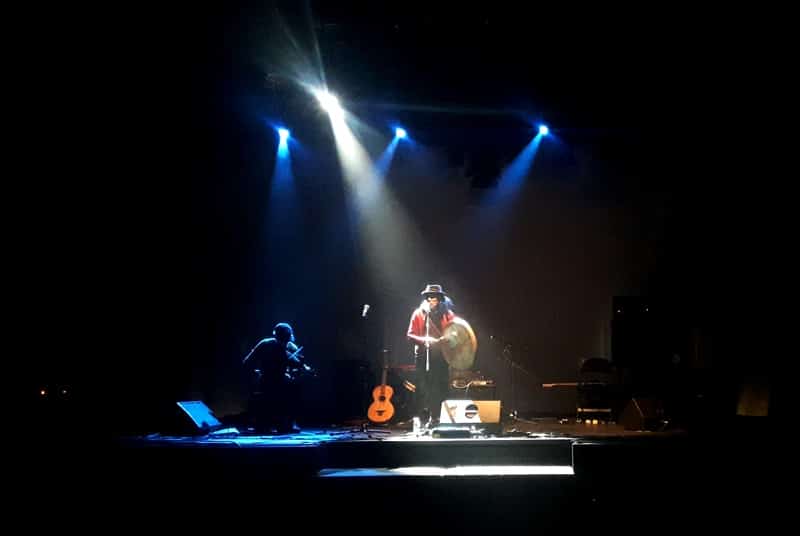 At the Archa Theatre, the theatre group “Buchty a loutky/Cakes and Puppets” together with the music group “Už jsme doma/UJD” performed two musical-puppet shows Five Hits to a Hat – one in Norwegian with the Norwegian singer Stefan Lindal Theofilakis, the second one in Czech, on 9 November.

Evening concerts by the Inuit shaman Hivshu, the music group Vassvik from Sápmi/Lapland and by the B. A. Nymoen music group Kapp Mitra from Svalbard were the cultural highlights of the Festival at the Archa Theatre.

The last but not least cultural event of the Festival was the screening of Arctic films realized together with the Nordic Film Club’s Nordic Film Autumnin Prague (Institute of Germanic Studies, Municipal Library, Evald Cinema, Ponrepo Cinema and Lucerna Cinema) and 13 other cities and towns in Czechia. 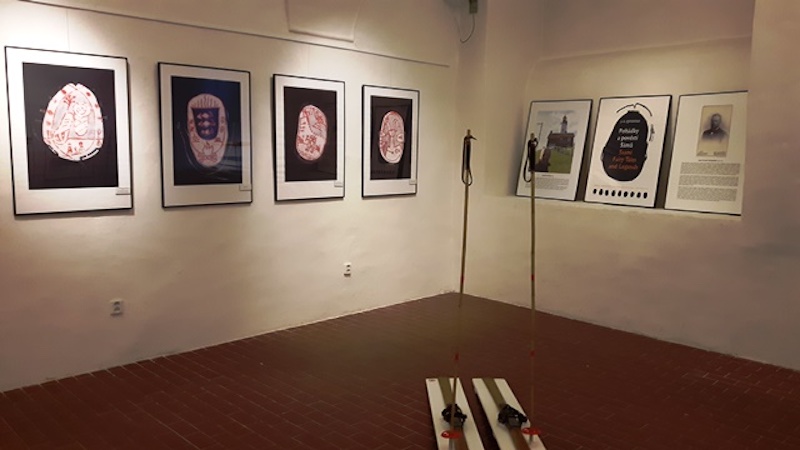 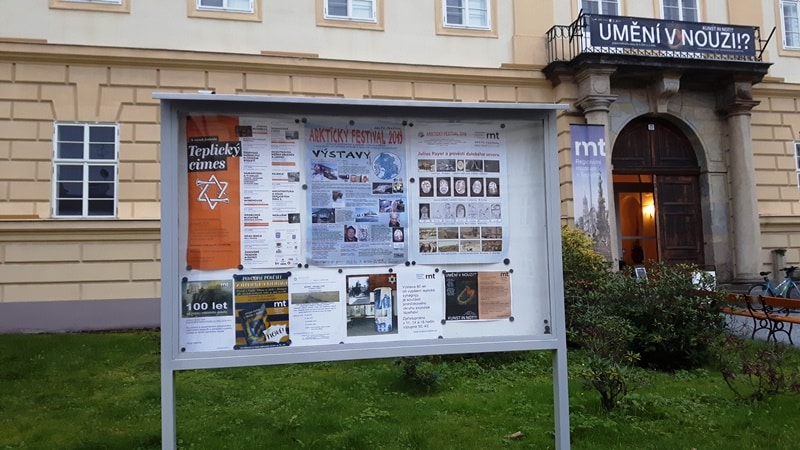 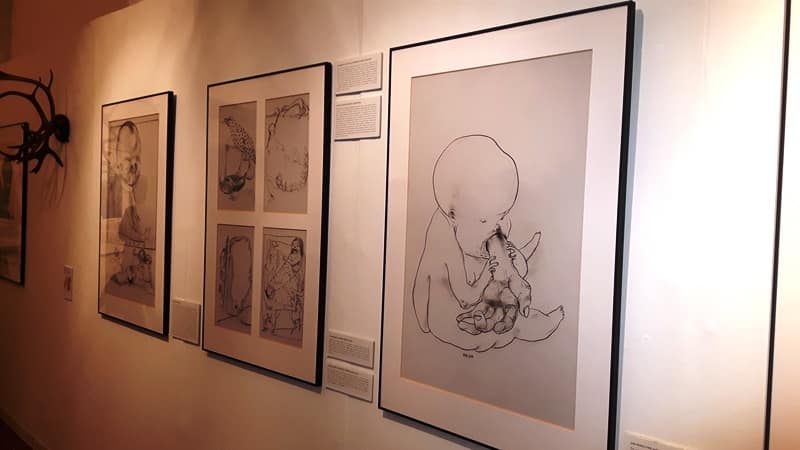 ARCTIC FESTIVAL 2019 was organized by the Centre for Polar Ecology of the University of South Bohemia in České Budějovice in cooperation with UNIS in Longyearbyen and with the financial support of the Fund for Bilateral Relations within the EEA and Norway Grants 2014–2021.

Czech Television broadcast interviews with the Festival’s speakers Jan Dusík, Harald Ellingsen and Josef Elster. On 8 November, Zdeněk Lyčka was invited to the Czech TV studio for a morning interview about the Arctic Festival (Czech Television, November 2019). Zdeněk Lyčka was also a guest in a live broadcast of Czech Radio. The French section of Radio Prague International broadcast long interviews with Jan Dusík and Zdeněk Lyčka, and an article was published on the French section’s internet site (Radio Prague International, 2019). Other media outputs included an article in the daily Lidové noviny on 9 November, and exposure on Czech TV (Czech Television, December 2019) and Czech Radio (Czech Radio, 2019). Czech Television continues shooting the documentary on the international work of Czech scientists in Svalbard. Links to all media outcomes are available in the comprehensive article Punk’s not dead, even at the Czech Arctic Scientific Station in Svalbard.