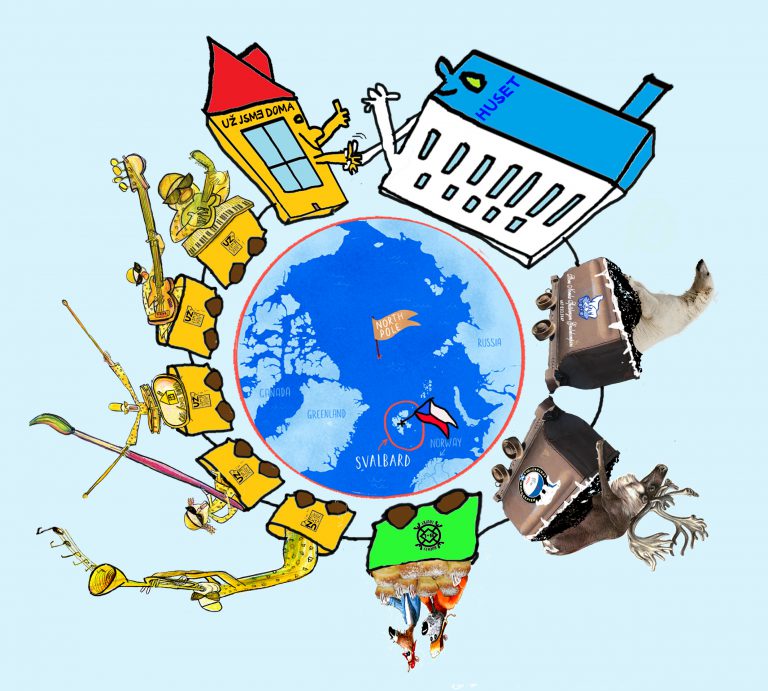 The cultural and scientific festival AT HOME IN SVALBARD 2018 took place from 21 August to 13 September 2018 at Longyearbyen, the Svalbard administrative centre, and in the deserted mining town of Pyramida, previously run by the Russian trust Arktikugol. It was held in honour of the 100th anniversary of Czechoslovakia, the 25th anniversary of the Czech Republic’s establishment and the 10th anniversary of regular research stays of Czech scientists on the Norwegian archipelago of Svalbard.

The Festival was named after the focal point of the whole event – a concert by the avant-garde punk-rock band “Už jsme doma/UJD” (Already at Home) and the release of their new CD entitled Floes. The project, also called the Days of Czech Science and Culture, was held in cooperation with Svalbard partners. The following exhibitions, lectures and cultural performances formed the Festival’s programme: 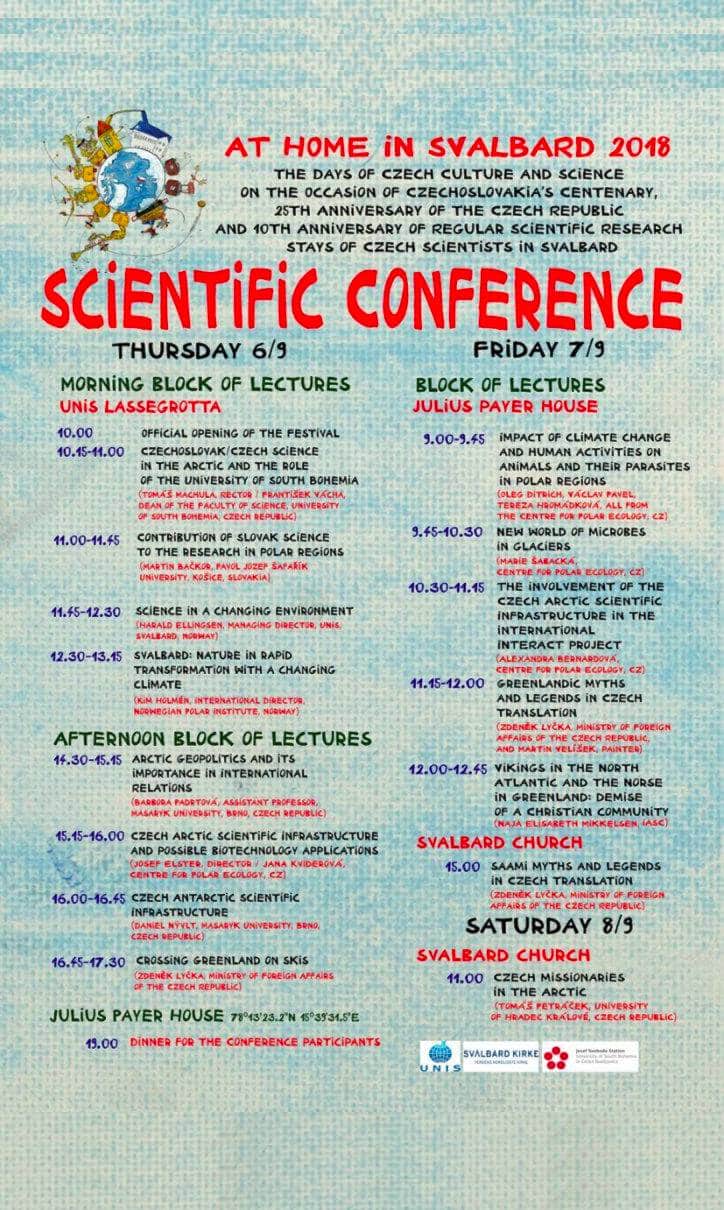 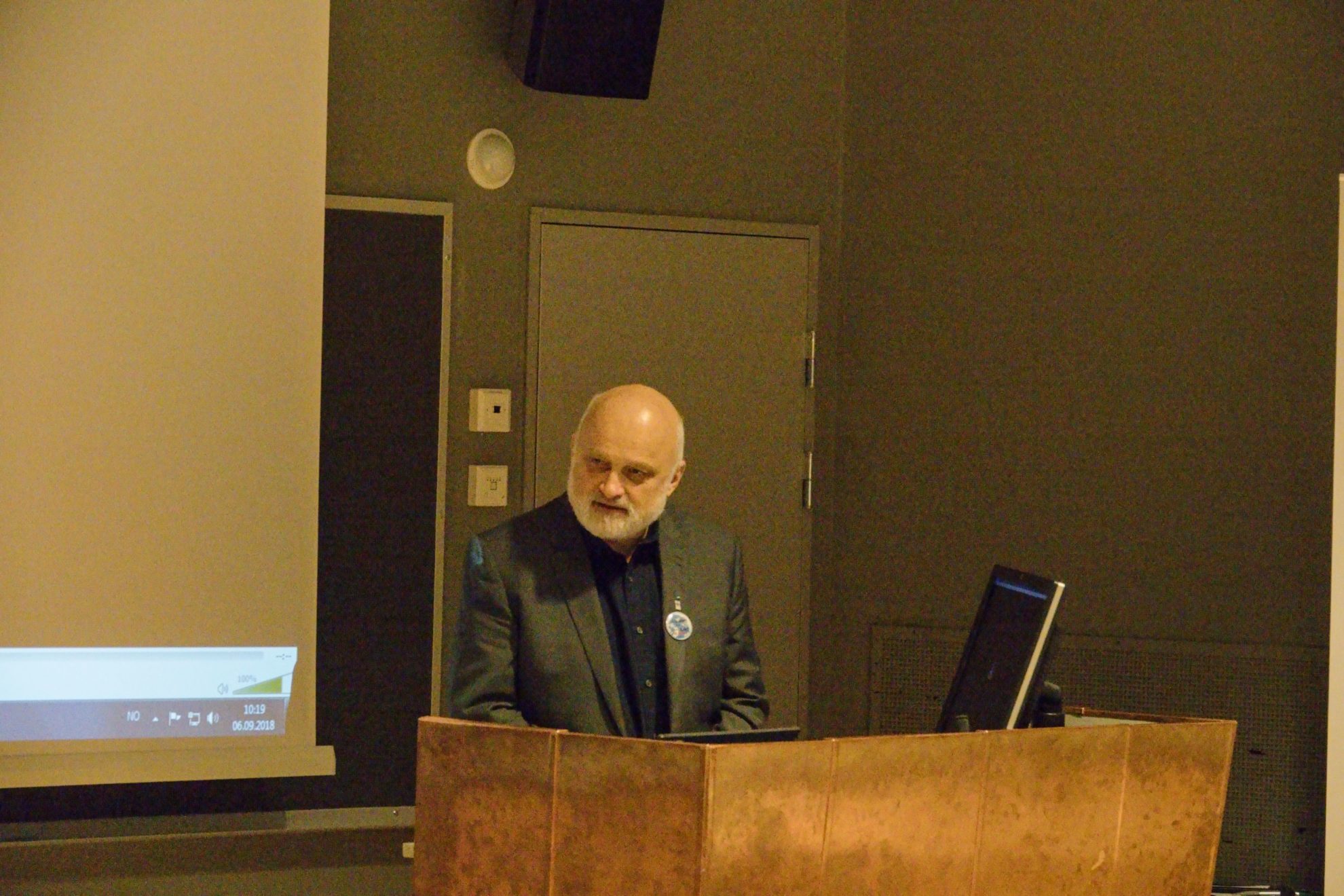 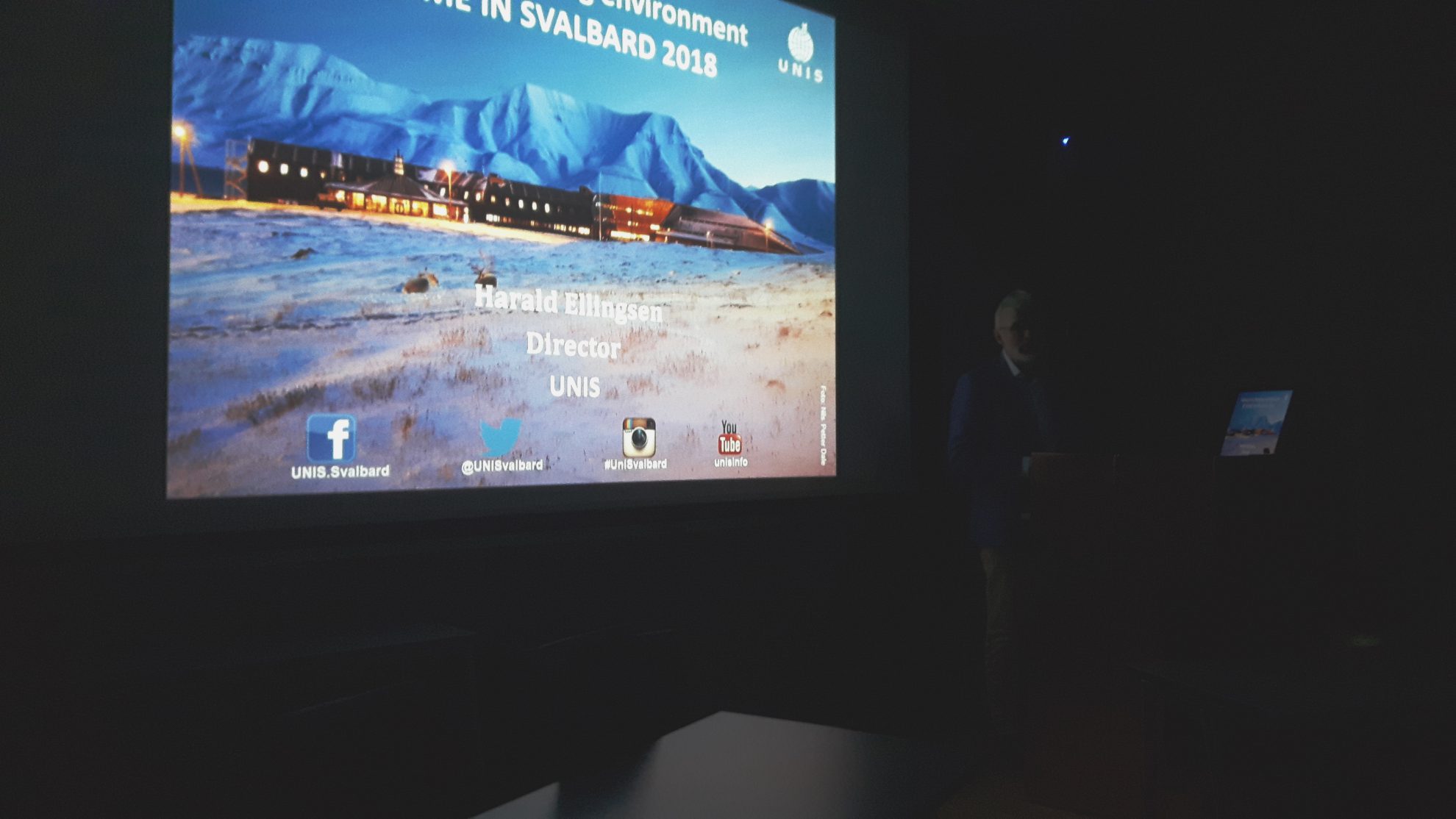 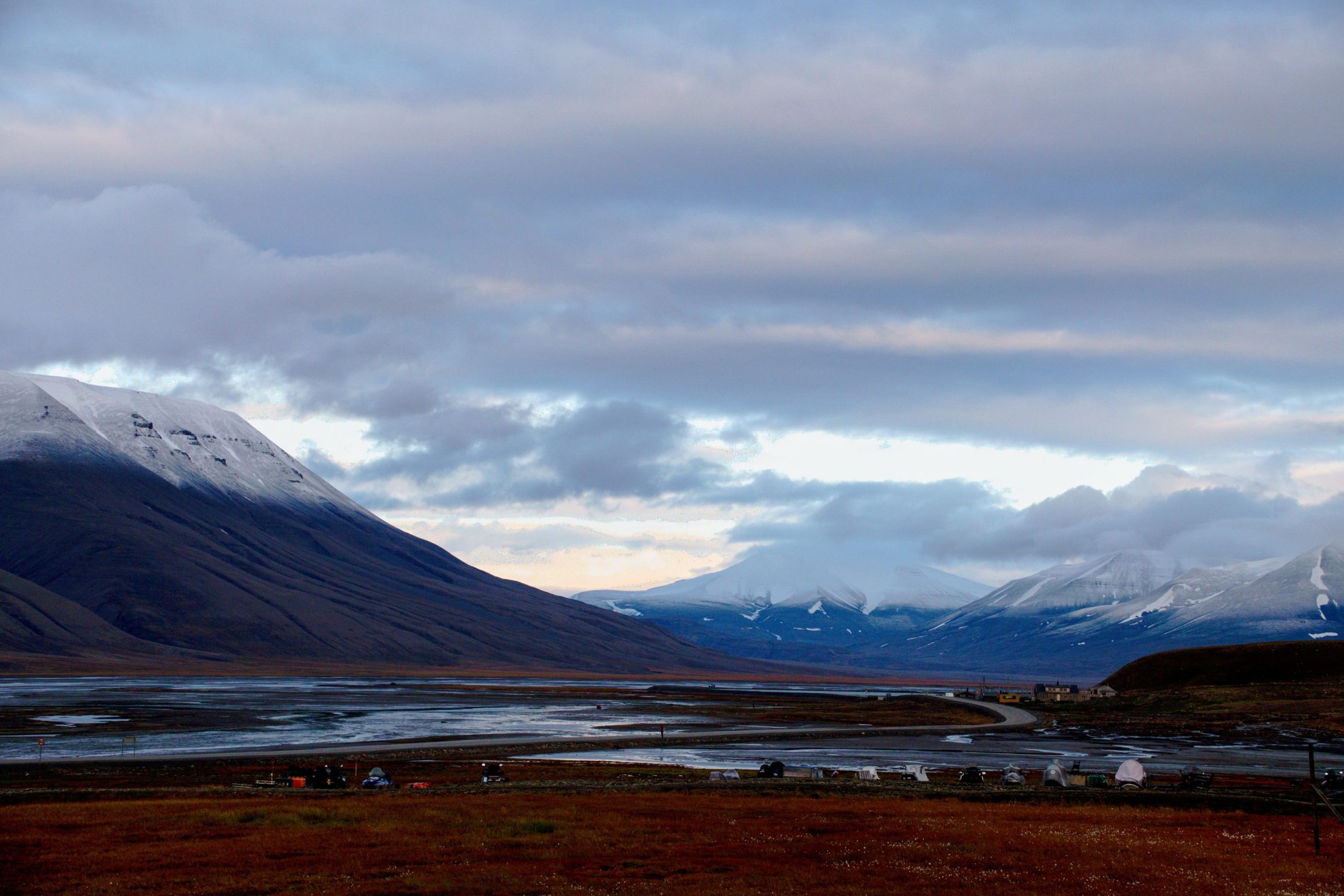 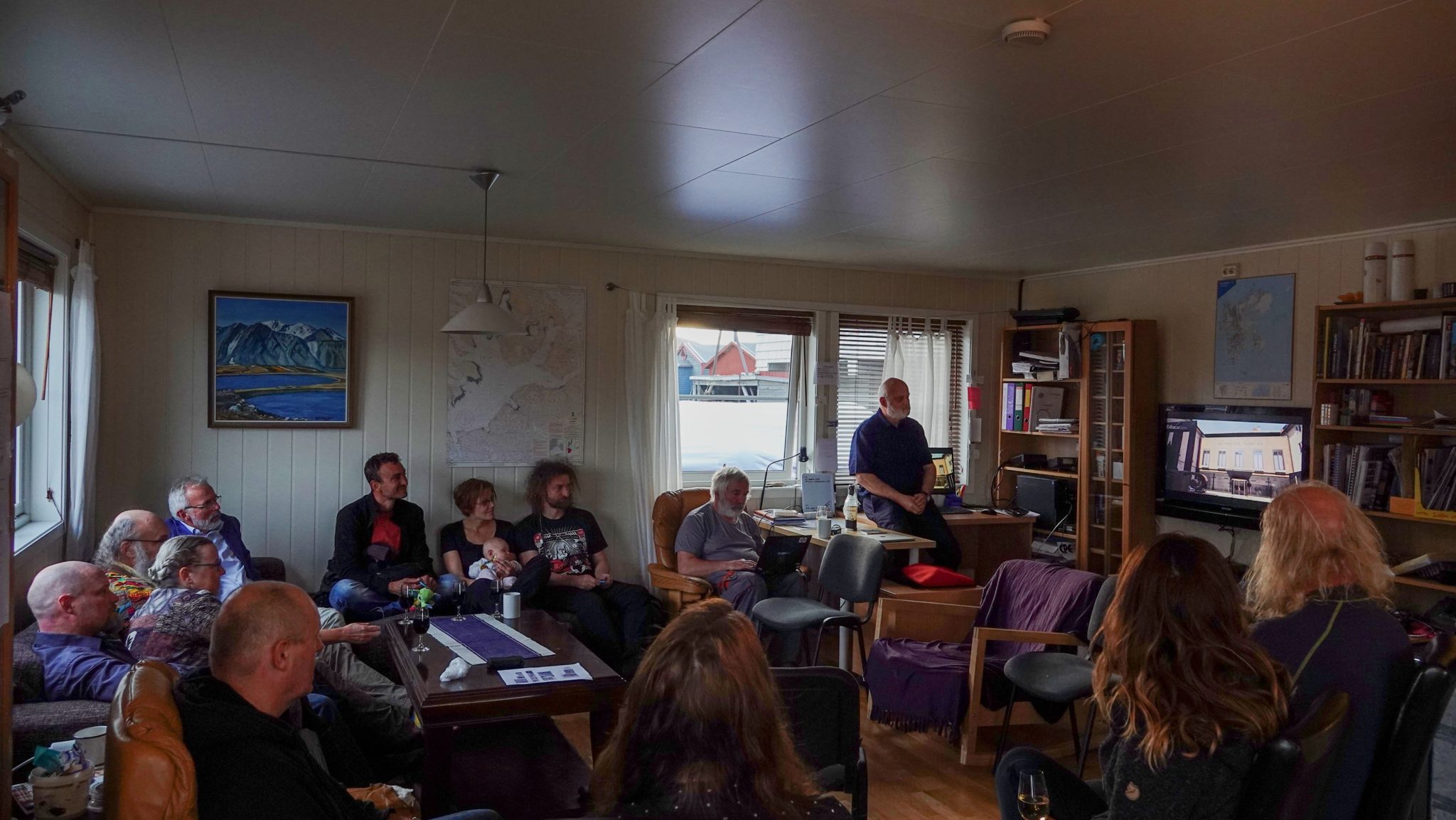 The cultural part of the project consisted of several events. The project by artists from the Academy of Arts, Architecture and Design in Prague (UMPRUM) called Three Women: Art Objects in Space was presented at Longyearbyen (Dana Elsterová: Flying Message, Anna Leschingerová: Luminous Chime and Anežka Podzemská: Beams of the Midnight Sun). At the Svalbard Gallery, illustrations accompanying the Czech translation of Inuit myths and legends by Martin Velíšek were exhibited from 21 August to 13 September (the festive opening with the author’s presence took place on 7 September). At the same time, Luboš Drtina’s illustrations accompanying the Czech translation of Saami fairy tales and legends were exhibited at the Svalbard Church (the opening took place on 7 September). 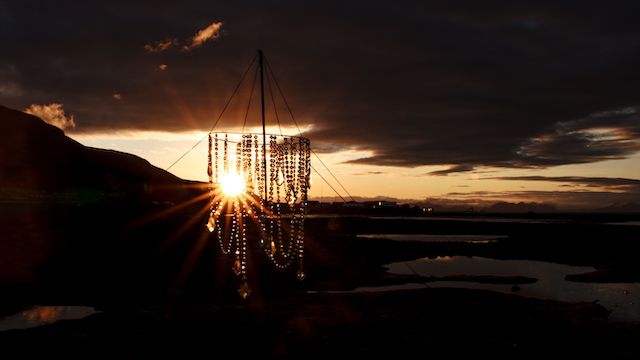 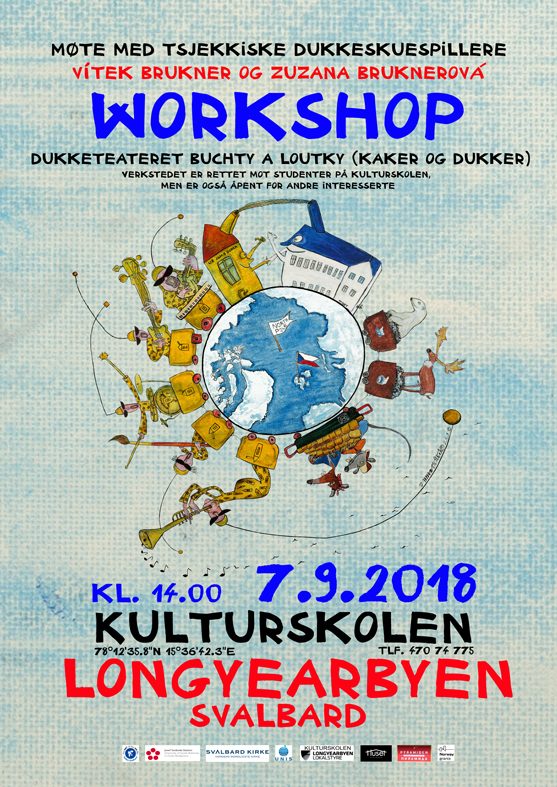 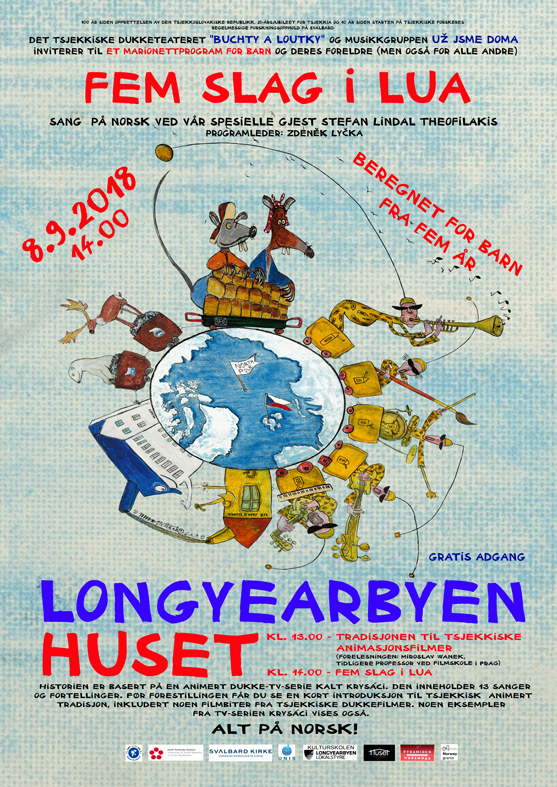 The theatre group “Buchty a loutky/Cakes and Puppets” led a workshop for children from two local kindergartens and the art school with the aim to prepare stage properties for the musical-puppet show Five Hits to a Hat, which took place on 8 September at the HUSET Culture Centre.

The theatre piece was performed in Norwegian, including the accompanying text by Zdeněk Lyčka and songs by UJD sung by the Norwegian singer Stefan Lindal Theofilakis. 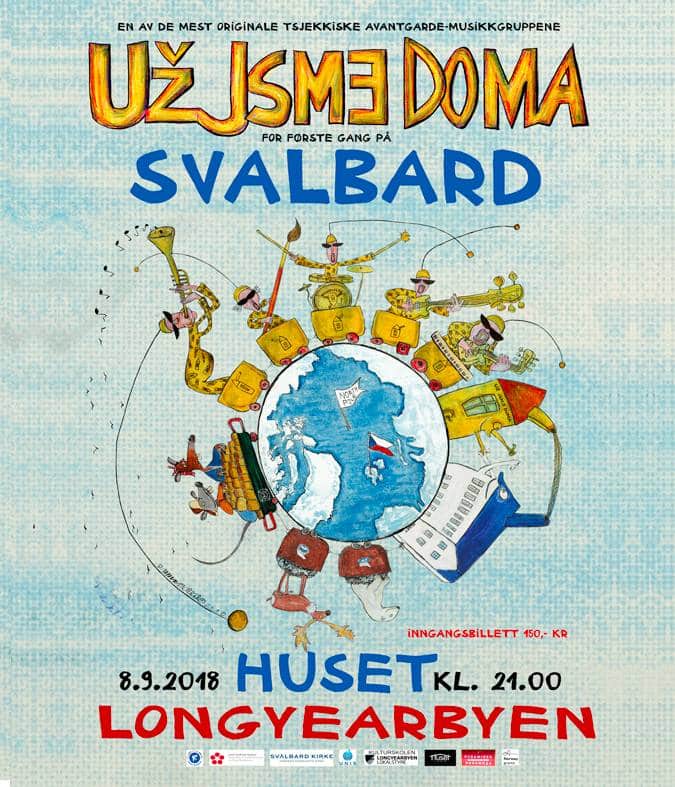 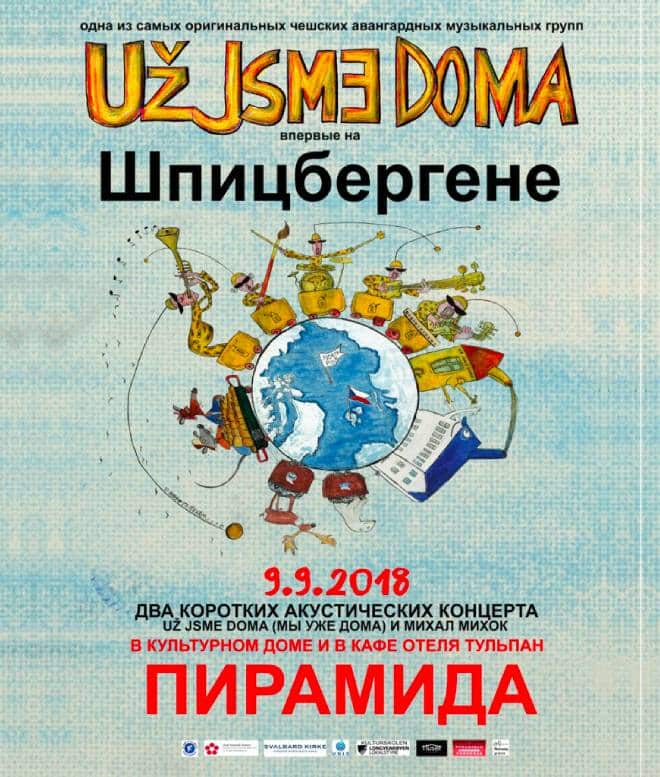 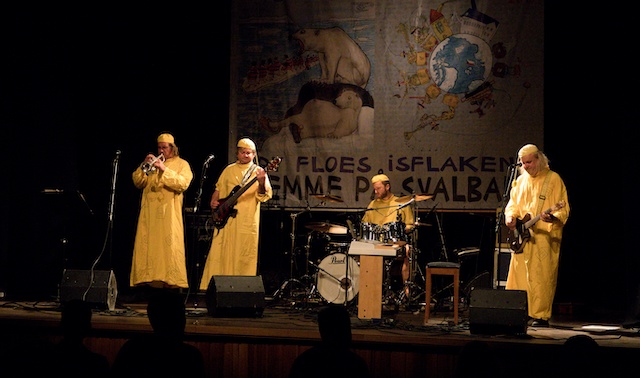 On 8 September, UJD performed a concert at the HUSET Culture Centre. This event was the cultural culmination of the Days of Czech Science and Culture. During the evening, a new CD by UJD entitled Floes was launched. The following day, UJD played two mini-concerts at the Culture House and at the Tulip Hotel in the deserted mining town of Pyramida, northeast of Longyearbyen.

The Czech media was keenly interested in Czech Science and Culture Days. Czech Television broadcast reports on 9 and 26 September in “Events in Culture“ (Czech Television, 2018), other media outputs took place in dailies, weeklies, magazines and on the Internet. Based on media responses, Czech Television started shooting a documentary that would raise awareness of the international work of Czech scientists in Svalbard.