A documentary from the settlement of Kangirsujuaq in Nunavik. In this community on the shores of the Arctic Ocean, the streets are filled with children’s laughter and old people think about life. They are nomads from the vast plains. Teenagers imitate “southern” culture and play golf in the tundra, while older generations are slowly dying as all their culture seems to be disappearing.

This short documentary serves as a quiet elegy for way of life, which exists now only in the memories of those who experienced it. Bonnie Ammaaq and her family remember it vividly. When Bonnie was a little girl, her parents packed up their essentials, bundled her and her younger brother onto a long, fur-lined sled and left the government-manufactured community of Igloolik to live off the land as had generations of Inuit before them. 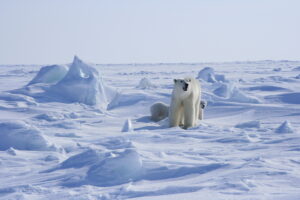 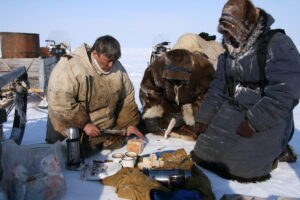 Greenland in the year 1015. A girl undertakes a spiritual flight into the future and lands in the same place one thousand years later. https://www.youtube.com/watch?v=-962miqiqKU