Presentation of the Czech translation of the book “Good Dogs don’t make it to the South Pole” by Norwegian writer Hans-Olav Thyvold in the presence of the author and the translator Eva Dohnálková (in Norwegian translated into Czech).

Hans-Olav Thyvold (1959) has published several non-fiction books on topics ranging from polar explorer Roald Amundsen to Bruce Springsteen. A journalist with a wide range of experience from TV, newspapers and radio, Thyvold has also maintained a long career as a musician. His acclaimed translation of Norman Mailer’s Pulitzer-winning novel “The Executioner’s Song” earned him a residency at Art OMI in Hudson, New York in 2014, and during this stay the foundations for what was to become his first novel was laid. “Good Dogs Don’t Make it to The South Pole” was first published in Oslo in 2017 as “Snille hunder kommer ikke til Sydpolen.” The international rights to the book were picked up by Chandler Crawford Agency in 2018, and since then it has been published in a large number of languages. Thyvold resides in Oslo with his wife, his dog and the last child of four still living at home. Citing Kafka, Beckett and Vonnegut among the most important writers in his life, Thyvold has expressed grave concerns with the future of not only writing, but reading.
Photographs from the presentation 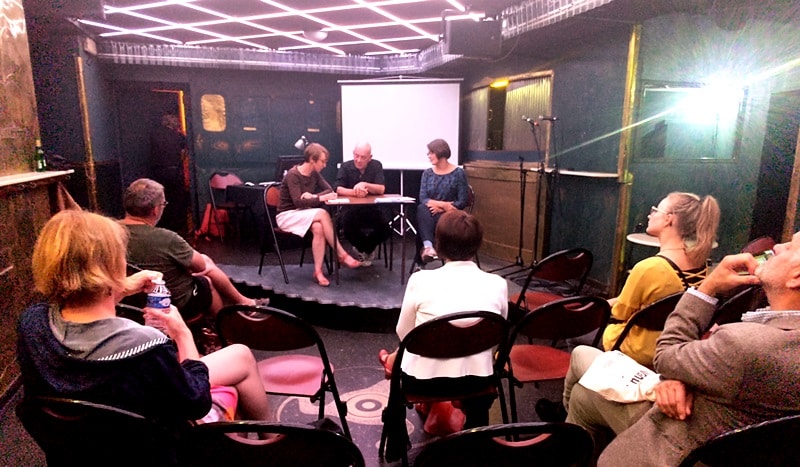 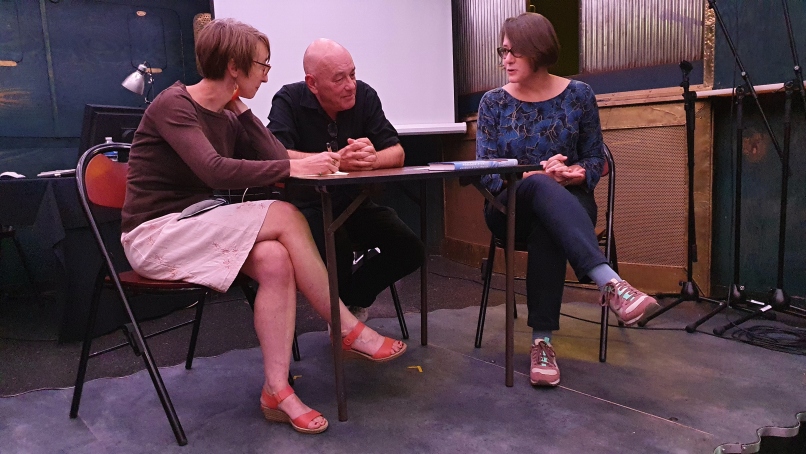