Opening of the exhibitions and video presentations

(Cloakroom) “Czechia in the Arctic / The Arctic in Czechia”
A traveling panel exhibition of Jan Evangelista Purkyně University in Ústí nad Labem, Julius von Payer Institute, the Norwegian Polar Institute in Tromsø, the Centre for Polar Ecology of the University of South Bohemia in České Budějovice, the University Centre in Svalbard and the Scandinavian Studies Department of the Institute of Germanic Studies at Charles University in Prague and the Fund for Bilateral Relations within the EEA and Norway Grants 2014–2021. The exhibition presents the achievements of Nordic and Czech scientists in Arctic research, joint Czech-Arctic research, educational and cultural projects and activities in Czechia and the Arctic, introduces Nordic language teaching and lectures on Arctic indigenous peoples at Charles University, the role of “Norway Grants”, etc. 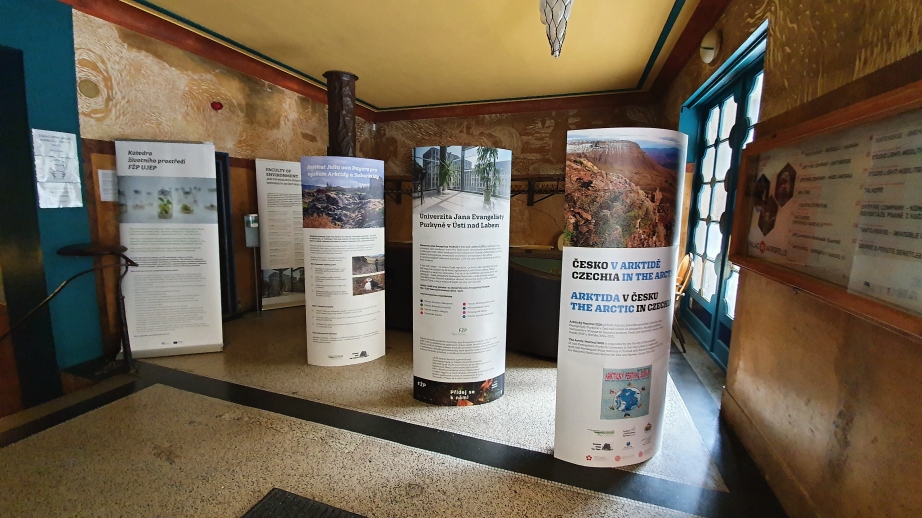 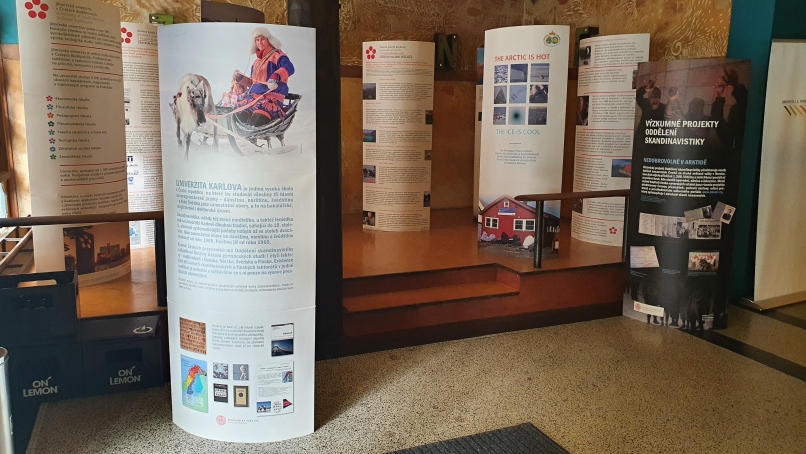 (Foyer) “The North Pole Expedition / Illustrations by Julius Payer”
An exhibition of book illustrations and copies of paintings by Julius Payer (1841–1915), the greatest Arctic explorer from the Czech lands and the most famous painter of the polar landscapes in general. In 1876, his travelogue “Austro-Hungarian Expedition to the North Pole in 1872-74, together with a sketch of the second German expedition to the North Pole in 1869-70 and a polar expedition in 1871” was published in Vienna. A substantial part of the book was published in 1969 in a Czech translation by Jaroslav Hošek and fifty years later in a new edition entitled “Expedition to the North Pole” (Dauphin 2019). The exhibition of Payer’s illustrations is based on this book. To emphasize Payer’s artistic genius, the introductory panel is a reproduction of one of the four canvases of the so-called Franklin polar cycle. The painting “Starvation Cove” depicts the tragic end of Sir John Franklin’s polar expedition of 1845. 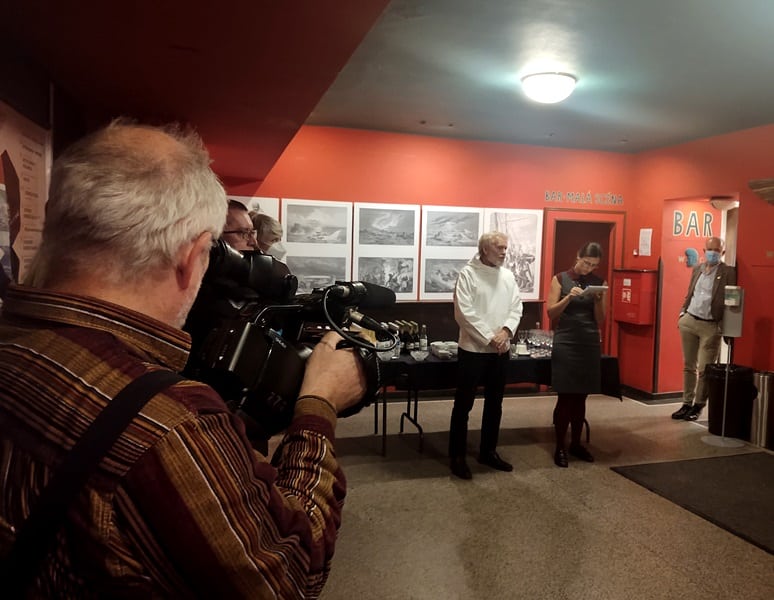 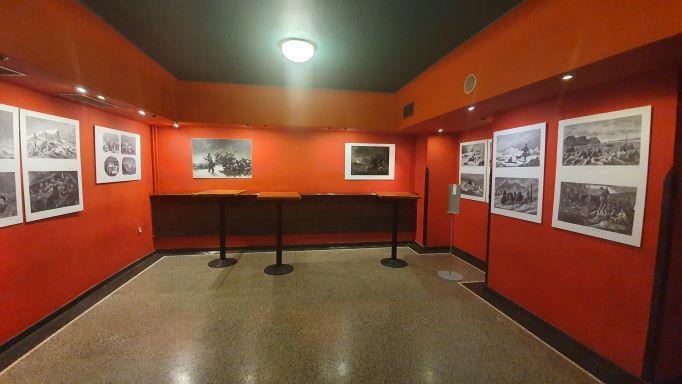 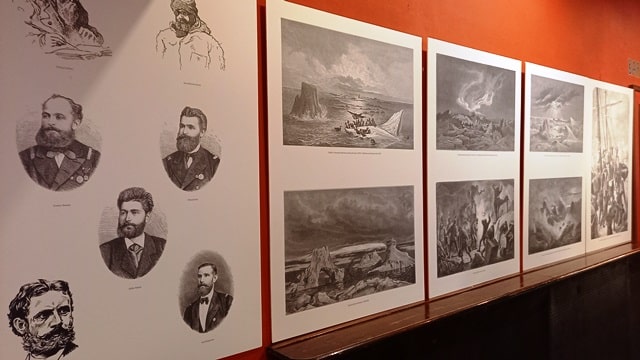 (Great Hall + Corridor) “On Thin Ice”
During the winter of 2015, the Norwegian Polar Institute let its research vessel Lance freeze in the ice at 83° North, north of the Svalbard archipelago, halfway between mainland Norway and the North Pole. The ship became a floating laboratory, trapped in the ice, in severe cold and pitch black polar darkness. The Lance drifted with the ice for half a year. In addition to the crew (20 people) and the support staff (27 people), 68 scientists from 11 countries were on board. They were researching the new first-year sea ice and how climate change influenced it. The “Norwegian Young Sea Ice Expedition 2015“ (N-ICE2015) has gathered knowledge that will contribute towards making us better equipped to understand and predict our global destiny. The panel exhibition “On Thin Ice“ depicts the story of this unique “frozen“ expedition in breathtaking photographs. 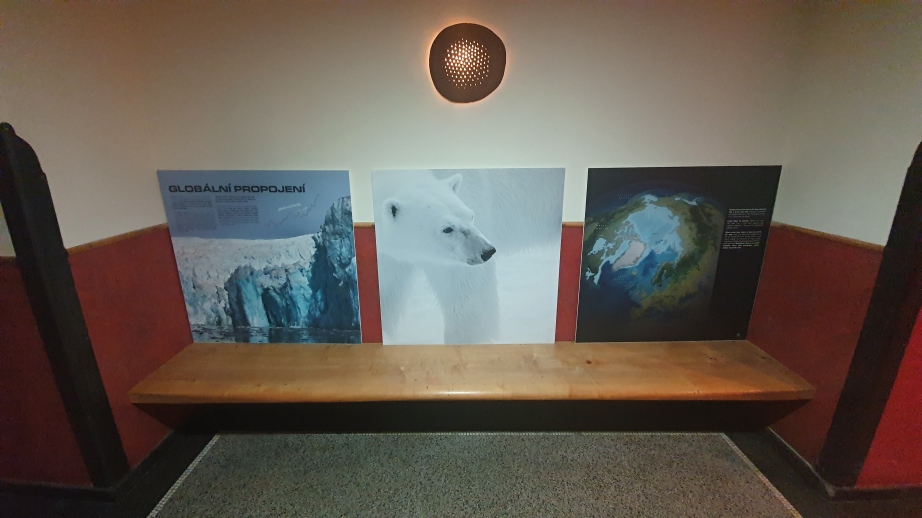 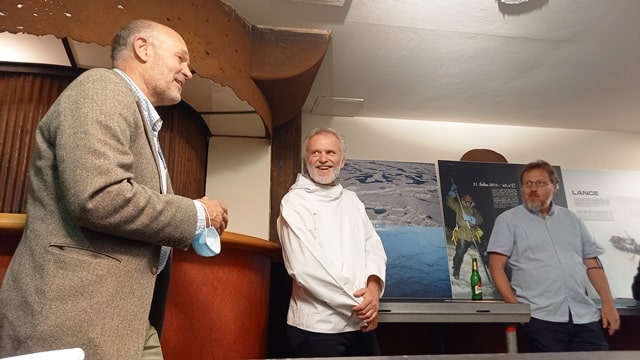 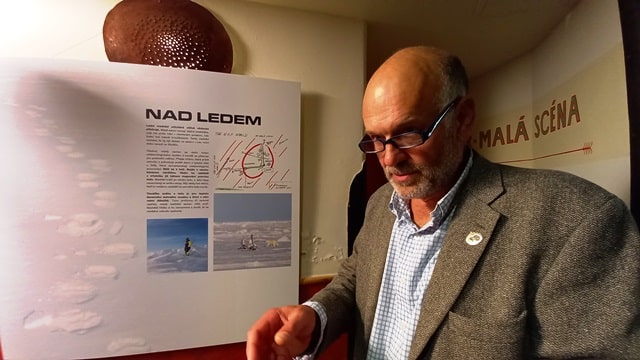 Video presentations (loops on the monitors):

“Southern Bering Sea Animals” (2019)
The photographic video presentation by the Czech-American Stanislav Chládek is the result of several years’ observing the fauna during his sea kayak expeditions to the Aleutian Islands, the south border of Bering Sea. In 2016, the author also visited Katmai National Park in Alaska, where he mainly photographed grizzly bears catching salmon. In 2015, he spent a week on the deserted Round Island, Bristol Bay in Bering Sea watching walruses, sea lions and seabirds.

“The Arctic”  (2019)
Bjørn Anders Nymoen’s film captures the Arctic landscape, glaciers and wilderness. The author also composed a specific film soundtrack, in which real outdoor recordings from Svalbard play an important role. B. A. Nymoen is a well-known photographer who has been working in the Arctic for three decades. His photographs are published in magazines such as National Geographic. He has also made movies for the world’s largest television companies.

“Made in Nature” (2017)
The documentary by Jaroslav Fragner Gallery was created as part of the Artscape Norway project. With the help of photography, documentary and video art, this international project presents the artistic aspects of works of art and small architecture that have become part of the Norwegian landscape and public space. (2017, director: Jan Strejcovský, camera: Filip Mašek, dramaturgy: Kristýna Strejcovská and David Böhm, producers: Dan Merta and Jan Alex Jindrák)