12.00
Opening of the exhibition “The North Pole Expedition / Illustrations by Julius Payer” 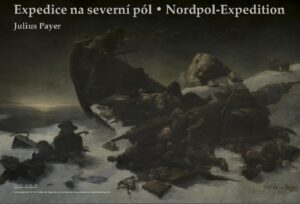 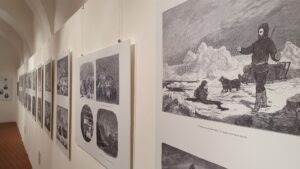 An exhibition of book illustrations and copies of paintings by Julius Payer (1841–1915), the greatest Arctic explorer from the Czech lands and the most famous painter of the polar landscapes in general. In 1876, his travelogue “Austro-Hungarian Expedition to the North Pole in 1872-74, together with a sketch of the second German expedition to the North Pole in 1869-70 and a polar expedition in 1871” was published in Vienna. A substantial part of the book was published in 1969 in a Czech translation by Jaroslav Hošek and fifty years later in a new edition entitled “Expedition to the North Pole” (Dauphin 2019). The exhibition of Payer’s illustrations is based on this book. To emphasize Payer’s artistic genius, the introductory panel is a reproduction of one of the four canvases of the so-called Franklin polar cycle. The painting “Starvation Cove” depicts the tragic end of Sir John Franklin’s polar expedition of 1845. 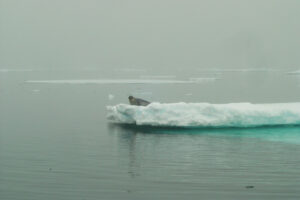 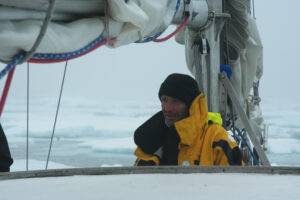 On 6-9 June 2010, a seven-member crew of the Czech sailing ship SEELORD under the leadership of sea captain Jiří Zindulka sailed around the island of Jan Mayen. The sailors visited the Norwegian polar station, where they brought on board polar explorers Mia and Roose. The ship landed near an iceberg on the northern coast of Jan Mayen, and its crew climbed the Rudolph II Mountain, the highest mountain in the island’s southern part. The film depicts a part of the SEELORD’s journey from 30 May to 20 June 2010 on the route Akureyri, Hrisey Island, Grimsey Island, Jan Mayen, Ice Field near Greenland’s coast, Westfjords Isafjardardjup – altogether 1,400 nautical miles. The route was prepared according to a story written by Julius Payer, Czech-Austrian polar explorer and painter, in his book “In Ice Captivity“ describing two overwintering of the frozen expedition yacht ADMIRAL TEGETTHOFF near Franz Joseph’s Land.