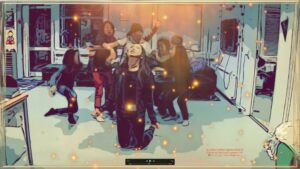 Greenland in the year 1015. A girl undertakes a spiritual flight into the future and lands in the same place one thousand years later. (https://www.youtube.com/watch?v=-962miqiqKU)

The documentary about the life of Roald Amundsen, one of the most famous polar explorers in history, offers unique shots of the period and shows the complex personality of this Norwegian celebrity from all angles. The film describes and analyzes Amundsen’s expeditions to the South and North Poles in an engaging way, preparations, failure and disappointment, moments of fame, the struggle for life in harsh conditions and personal disputes that accompanied the conquest of both poles. The film also describes Amundsen’s complicated relationships with three women and his unexpected death. Was Amundsen an ordinary man or a hero?